Hd cameras allow you to capture images with high resolution. It offers fewer ads other than any camera app. Its design is so simple that anyone can run this app and this app is capable of every device. best camera apps are following:

A Better Camera is a surprisingly robust camera app. It features support for HDR images, up to 360-degree panoramas, various multi-shot modes, a night mode, and, of course, video recording features as well. The photo quality is actually quite good and it has some extra features like object removal in case you get a car or something in your shot on accident. The pro version unlocks some extra features as well. This one is a little old and hasn’t seen an update since 2018. However, if the developer is actively supporting it, this one deserves to be on this list.

Adobe Lightroom is technically a photo editor and not a camera app. However, it also comes with a camera app built-in. The camera is reasonably decent and includes big keyword features like HDR, RAW support, and various modes and presets. Plus it has the usual array of manual camera controls if you need that as well. The good news is Adobe Lightroom is one of the best photo editor apps for mobile right now so you can use the camera app and immediately bounce it right into editing. This is part of the Adobe Creative Cloud so the monthly price is a little too steep if you only need a camera. However, if you already subscribe to Creative Cloud, you should try this and see if you like it.

We’ll be honest. We thought Bacon Camera was a joke app when we first saw the name. However, this is a legitimately decent camera app. It boasts manual controls such as focus, white balance, exposure compensation, ISO, and more. You also get support for RAW and DNG along with the traditional JPEG. It boasts support for manual controls on devices that don’t support Google’s Camera2 API. We didn’t have any test devices that didn’t support that, so we’ll take their word on it for now. Some other features include GIF support, a panorama mode, and timed shots. This is surprisingly good and the pro version is surprisingly cheap.

HD CAMERA APP is one of the oldest and most popular camera apps. Developers update the app regularly and that keeps it current. It works best for simple stuff. The app has a variety of shooting modes. You can also use it to shoot photos or videos. There is even a GIF mode to make your own GIFs. The built-in photo editor can do the basics as well. It’s a decent all-in-one solution. Serious photographers may want to look elsewhere. You can also use the pro version of this as part of the Google Play Pass if you have it.

Cymera is another one of the older and popular camera apps. It focuses more on mainstream features. That means you’ll get a bunch of filters, stickers, special effects, and similar features. It also has a beauty camera mode. It can add or take away features from your face and body. We’re not big fans of such dramatic alterations, but to each their own. It also includes a photo editor for minor edits. It’s free to download. You can buy additional stuff as in-app purchases. 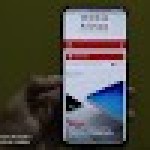